Well I felt so bad when I heard that song,
Ya know it’s been such a long long time,
It’s a little offbeat and it ain’t in tune ya know it’s just like this heart of mine…
-Exploding Hearts, 2003

Jeremy used to sneak into Mr. Bennett’s film class to listen to records when he should have been somewhere else. “I would catch him, usually more than half way through a film class, sitting in the back of the room, headphones on, listening to my record collection,” Mr. B remembered. “He’d look up from The Dead Kennedys, The Talking Heads, Ray Charles, or Johnny Cash, hoping to stay.”

Adam skated. In addition to playing bass, like so many 1990s teenage boys, he rode his skateboard with the daredevil abandon of exuberant youth. Seeing clips of him, and a pack of other Masonites, skating is a lesson in fearless teenagerdom.

Matt was the cool kid, the kid in the leather jacket with the sensitive heart. He was serious and deep. Not long after Matt left ACMA, Mr. Bennett recalled that he “bumped into him at Starbucks and we sat down and had a coffee. He told me all about the band and how they had gotten a positive review in Rolling Stone. He looked happy after so much time being less so. It was this really positive meeting and then he was gone.”

Terry graduated from ACMA in 2001, already a rock and roller, whose yearbook photo struck a pose that belonged on an album cover. “What was your preferred method for leaving campus early?” a yearbook editor posed him. “I’d just lay in the backseat of someone’s car who had early release,” he answered. Rock and roll.

They played in a band, actually a few bands, during their C.E. Mason years. The Iguanas, the Silver Kings, FU. Walk into Mr. Bennett’s classroom today and you’ll find a 45 record of the Iguana’s inscribed with a message from Jeremy on the wall.

But it was after their time at A&C that Jeremy Gage, Adam Cox, Matt Fitzgerald, and Terry Six made musical history as the band Exploding Hearts. 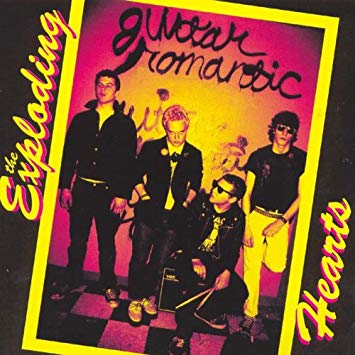 Len Comaratta provides a brief history of the band in his 2011 “Dusting ‘Em Off” column, describing Exploding Hearts as “post-punk” and “power pop – pure, unabashed pop rock & roll, with catchy hooks and instantly memorable melodies.” Wild and uninhibited, Exploding Hearts careened across the landscape of American music like a teenager in a recycling bin on top of a skateboard flying downhill.

Masonites from the mid ‘90s will know what I’m talking about.

Exploding Hearts harnessed the four rebels’ iconoclastic energy and created a collection of ten songs that feels as vital today as it was when it was released more than a decade ago. Listening to Guitar Romantic, their 2003 album, is an adventure in swagger, performance, and poetry.

As critic Chris Deville wrote, Guitar Romantic was filled with “sterling songs executed with unimaginable vitality, and every song on this album was a walk-off home run followed by a raging kegger.” Rock and Roll.

Guitar Romantic was (and is) a fantastic album and stands as magical musical legacy for this quartet of Masonites. It’s a reminder of the energy and artistry of a wildly talented and creatively fearless young band. 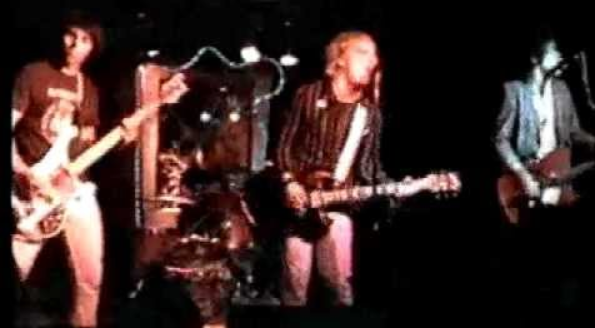 So many years later, it’s cool to realize that these shooting stars of rock and roll roamed the same hallways here at ACMA, then C.E. Mason, that classical legend Morten Lauridsen did back in the 1950s. Music takes so many forms, various and inspiring.

But then, as stories sometimes do, things turned tragic.

The most moving version of this part of the story that I’ve heard comes from another former A&C student, Lisa, who captured her memories of the band, the people, and the accident that ended the lives of three of the four band members in 2003. Anyone interested in our school’s story owes it to themself to check out Lisa’s essay, “Shatter My Heart.” Try not to cry. I couldn’t.

Every morning we begin the day at ACMA with music played through the school rather than a first bell. Tomorrow morning the song selection will be from Guitar Romantic.