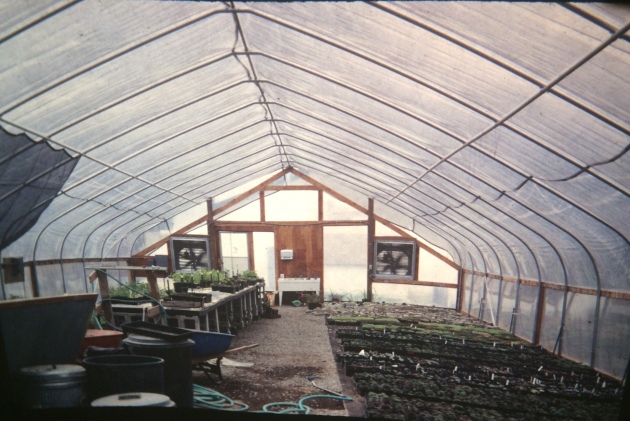 One of the most shocking differences between campus in 1993 and 2018 is the greenhouse. Show photos of the place to current students and staff and jaws drop. “How big is that?” isn’t an uncommon reaction, nor is “Here?” But get past the images of lots of four-square courts, an extra basketball hoop, and powder blue trim on our building and you’ll see something familiar.

Students from 1993 look like they could walk ACMA’s hallways today. Looking at photos of young sculptors, painters, and musicians, the founding mothers and fathers of our school, is a reminder that while hairstyles change, the spirit of creativity is as strong as ever decade after decade. 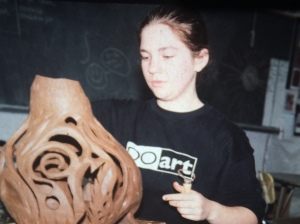 In the second year of Arts & Communication, the creative spirit was very strong.

Jean Pence was the principal of Arts and Communication in 1993, and she remembers “walking into an old elementary school building that was trying to adjust to having high school students roam the halls and occupy the classrooms.” In its second year, this “fledgling program” was busy making art, making meaning, and figuring out what it meant to be someplace different.

“Sometimes we didn’t agree on what our mission was,” Jean remembered. “Sometimes there were struggles among the ninth and tenth grade team members and the eleventh and twelfth grade team members.  Sometimes there were struggles between the staff and the administration. Often there were misconceptions from the larger schools and community about our students. Students were bright and articulate, albeit dressing a bit different.” 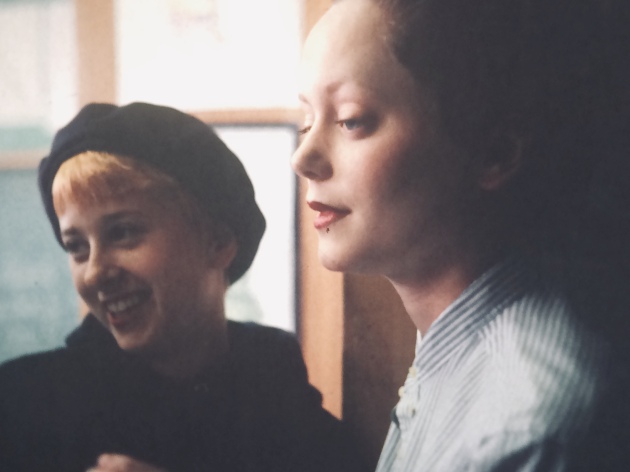 Those differences extended beyond clothing; students at A & C, as it was sometimes called, thought divergently and approached life and school from a different point of view. Playful, creative, and iconoclastic, most were focused on those two defining words: arts and communication. 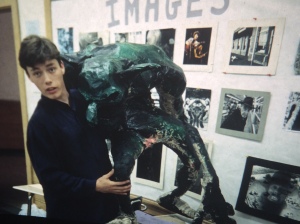 You see that in the beautiful audacity of the artwork they created: giant sculptures, huge canvases, and lots and lots of poetry. Students wrote, danced, and made art. Music, movies, murals were all a part of life on a campus becoming its own.

By the spring of 1994 some of the most iconic Mona Lisa murals were up in the hallways: the flannel Mona Lisa, the Dog Mona Lisa, and the abstract Mona Lisa that hangs near the Tom Marsh Gallery today. Tom Marsh was teaching in 1993-1994. 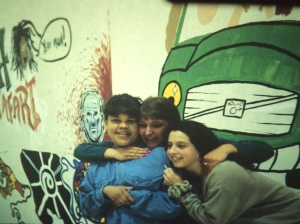 During this second year, students were making the school theirs with a prom, open houses, and an end of the year picnic.

The program was growing in the 1993-1994 school year, like the plants in the greenhouse, nurtured by the sun of creativity, the water of hard work, and the constant tending of passionate people who cared deeply about the arts.