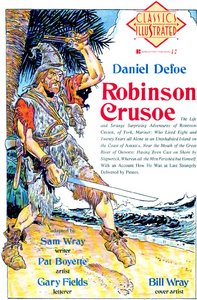 It was the Classics Illustrated Robinson Crusoe that captured my six year old son’s imagination. Filled with swords and shooting, pictures of Crusoe’s nightmarish hallucinations and a gory melee with a band of “cannibals,” it brought all the fruit forbidden in a liberal 21st century household to his nightstand in glorious technicolor.

For me growing up it was The Fantastic Four, entertaining companions on long road trips and always ready to engage my daydreaming thoughts with the possibilities of a flying fantasticar and traveling into space.

Moodier superheroes took over as I got older, Batman and Moon Knight broadening my world view, even as they wore masks and capes. Storytelling, visual and otherwise, has the capacity to stretch minds and get readers to think about the world in new ways. Before Shakespeare, Twain, and Ellison, for me that meant comic books.

Not to sell short some of the best of my youth (Moench and Sienkiewicz’s Moon Knight is still a favorite), today the term “comics” hardly captures the depth of the medium. Serious novelists from Brad Meltzer to Michael Chabon have penned comic books, and others like Neil Gaiman jumped from comics to novels. Add to that the sheer variety of illustrated stories: Fanny Britt’s Jane, the Fox, and Me, Art Spiegelman’s Maus, and Frank Miller’s 300, and the broad appeal extends well beyond the familiar confines of Gotham City.

The benefits are many. 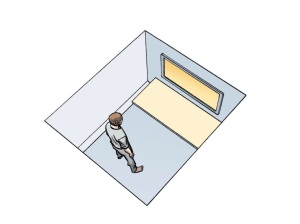 Offering opportunities to read and think about big ideas, comic books and graphic novels from Kate Beaton’s Hark! A Vagrant to the latest incarnation of Moon Knight can serve as a welcoming portal into the realm of ideas.

For my six year old son those ideas of exploration jump off the page like a flock of birds startled by Crusoe’s flintlock. For my ten year old daughter, it’s Raina Telgemeier’s Sisters and Smile side by side on her bookshelf with Colin Meloy’s Wildwood and the indefatigable Harry Potter. 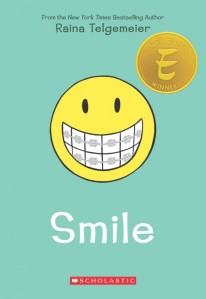 At Diegueño I’ve seen Gene Luen Yang’s Boxer and Saint, collected Avengers comics, and plenty of anime. Bright young readers gobble up graphic novels like The Golem’s Mighty Swing, Watchmen, and The Graveyard Book, and their lives (both reading lives and otherwise) are richer as a result.

I suspect that these excursions into comics are like scouts sent into the woods of adult literature, curious, capable of bringing back information, and starting the first maps into literary adulthood.

Plus, comics are fun.

One thought on “Beyond Batman”